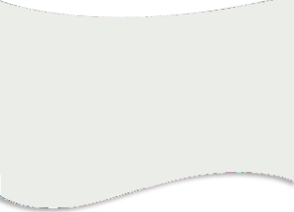 Shayna Learns About, "Too Much of a Good Thing"

"Points I liked:
- Prior to connecting with my dog Shayna, Lynn and I had a phone conversation wherein she went over the questions I submitted to her in detail so that Lynn became clear in her mind what the essence of the questions really meant.
- Shayna had a barking issue.  When Lynn was talking to her, Shayna indicated that she did not know that I didn't want her to bark.  Lynn informed her that I didn't like it.  Since the communication the barking cut down to a quarter and has maintained at that level.
- What made me feel confident during the communication that Lynn was actually talking to her was that Shayna mentioned a specific ball that I brought with me when I took her from my mother's house.  There was no way that Lynn could have known that that specific toy came from the estate of my Mother.
-I thought that she might be having a physical problem with her rectum and Shayna verified that and as a result I got a salve from my holistic vet to put on it and it cleared it up without the need of further intrusive medical procedures.
- Should an issue begin to arise, I intend to ask Lynn to communicate with Shayna again before the issue becomes a big problem, as I am extremely pleased with the results.
- I would wholeheartedly recommend Lynn to all of my animal loving friends." 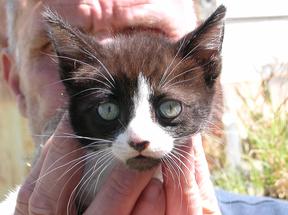 Zuli Steps Into His Own

"Lynn's work with my cat Zuli actually saved his life.  Last January he began to urinate in the house suddenly with no changes.  Medical exam revealed no physical problems.  Zuli was almost 6 years old, had been with me since he was 7 weeks old.  He was feral and I could not touch or approach him.

When Lynn Met Zuli he had his own room away from the other 5 kitties.  He's become sweet and likes to be brushed and petted.  I credit Lynn with the remarkable change in Zuli.

I am most grateful for her help.  Zuli is calm and learning to Trust."

"Toad was almost a year old when I got him.  I thought he was the most snobbish cat I’ve ever met because he didn’t like to be touched, but after he moved in with me he soon became my living, breathing Teddy Bear.  Other people who’ve met Toad over the years have been really impressed with Toad and thought he was smarter than me.

I came to know that the day was going to come where, after he was gone, the pain of the loss was going to be extremely deep.  Even knowing this, when he passed the pain was even deeper than I ever imagined.

Near the end of his life I started communicating with Toad through Lynn.  She knew things only Toad and I could know.  I went from healthy skepticism to a high quality, totally convinced point where I find it to be 100% believable.  Then, Toad became very ill and I continued the communications.  When Toad passed, I reached out to Lynn at my darkest moments. Toad said he and I are connected at the heart.  My relationship with Lynn went from healthy skepticism to a point where, even though I couldn’t pick him up and squeeze him, I feel I have a link there to him.  It feels real, even though it’s not first person. It helped me to feel connected to Toad.

The communication did help me through my darkest moments.  It softened the blow. His happiness is really important to me and I had felt I let him down.  Guilt was wracking through me after he passed and the coulda/shoulda/woulda thing was bombarding me.  I was feeling really guilty because I felt in his time of true need I had dropped the ball.  I wasn’t sure if I had done everything possible with what I had or if I had gotten lazy about it.  Through Lynn, Toad was able to set me straight on that."

"My cat passed onward 31 May, 2010, and she was more than just my cat. She was a Soul Mate. Needless to say, I still have moments of great sadness at the loss of her in bodily form as my companion. When I learned of Lynn's very reasonably rated services via word of mouth, I immediately rang her. It took me about a year to finally procure her services. She came to my home, and she proceeded to offer up the most incredible Communication I have ever witnessed. She was not pretentious, lofty, arrogant, or superior in attitude. In fact, if anything, she was humble to her business detriment, as she shared with me how anyone can do this and that she'd be happy to teach me! I was mutually humbled by her generosity. I felt lighter when she left, as if I'd entered a new space in regard to my loss. In fact, my cat is always with me, but now, I feel at Peace about her passing. I didn't feel anything close to this before Lynn's visit. I even learned who my cat is now! For the sceptics out there, take Heart - I'm one, too, believe it or not, and Lynn got past my filters to the point where I am fully convinced of her ability as 100% genuine. I cannot say that easily." 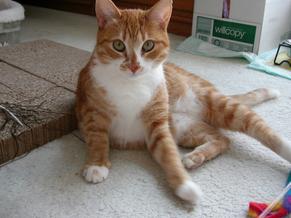 "Lynn's wonderful gift made a noticeable improvement in my homelife with my cats.  I had wanted to understand why my little black cat (who loves to sit my my lap nonstop) would want to bite me from time to time.  Not only was I able to understand why she was biting, I was able to come to an agreement with her that resulted in the modification of her behavior.  I highly recommend Lynn to anyone who has pet/owner issues they wish to understand and resolve."

Schedule a Consultation with Lynn

Having grown up feral, Ollie hadn't yet realized all of the benefits of loving humans.

"I have had two major "breakthroughs" with [my cat] Ollie: a few days ago...Ollie stayed "on my lap" while I was on the floor giving him pets and his favorite dried salmon chunks. Usually he "bolts" when finished - this time - I kept petting him and talking gently - he stayed for several minutes. This was during our usual morning treat time. He was purring (his kind of purr is distinct - not the usual but a definite purr).

This morning - I was waking up to the radio - all that good news! - and [my cat] Lulu was in one of the pink beds and Ollie came into the room and stood near the bed again - looking up. It was dark in the room - light coming from the nearby bathroom's night light - and I sat up in bed and was talking to Lulu and started holding her and kissing her. Lulu usually objects to this and "bolts" but she let me hold her and kiss her...and Ollie was watching all of this. I let her go and was turned toward her and suddenly Ollie jumped up on the bed!!!

I am getting teary just writing this! He let me pet him and laid down next to me (I hadn't moved and was surprised when I realized that Ollie had jumped up, etc.). He stayed for a long time - almost 5 minutes or longer and I kept petting him and talking to him - he was purring his contented purr!

He eventually jumped down - and later we had our routine treat time (with Lulu and Zoe in the kitchen area...with their own treats).

This was very special!

Now - the interesting "coincidence": Lynn Loftin came over the previous Friday and talked with Ollie (all nonverbal) and she asked me for several questions to ask him - and she gave me his answers. All of these were the "expected" replies - Yes...I like living here and Yes...Zoe is a bit rambunctious!

Then Lynn said - anything you'd like Ollie to do? and I said...I want him to feel comfortable getting up on the bed at night - like Lulu and Zoe do.

I know that we communicate comfort and love to our pets...but this is pretty specific."

"Just wanted to let you know how your session with Stormy helped.  He is definitely more vocal – he sits and meows at me very loudly as if he thinks I can understand what he wants me to do.  I have explained to him that I don’t understand what he wants but he doesn’t believe me and just get louder.  He jumped down from his perch on the back of the sofa and sat beside me for a few minutes and let me pet him.  This morning he let me pick him up and love on him for a few minutes and was happy just to sit still and let me pet him.  He was done that several times and seems to be more loving.  I try to play with him more and he seems to be happier with that.  I really think he listened to what you had to say and I hope he gets better with each passing day."